Posted on January 6, 2017 by admin
Chuck Feeney, ‘the anti-Trump’, has written his final Atlantic Philanthropies cheque

“Chuck Feeney is what Donald Trump would be if he lived his entire existence backwards.” 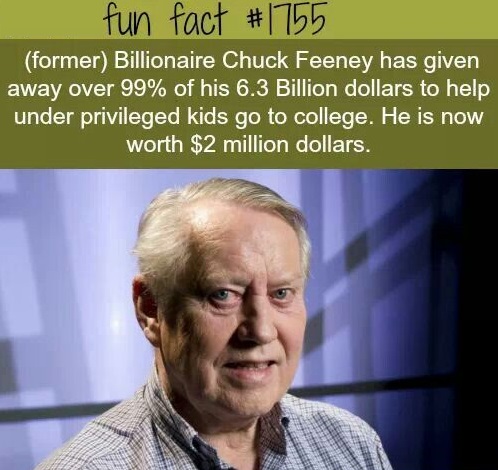 This comment, from one of Mr Feeney’s many admirers, Jim Dwyer of the New York Times, appeared on the dust cover of my biography of the philanthropist, published 10 years ago.

How apt, given the times that are in it, and especially now that the former duty-free billionaire has just achieved his life’s ambition of “giving while living”.
At a small ceremony in New York last month, Chuck Feeney and his foundation, Atlantic Philanthropies, approved a final grant of $7 million (€6.7 million), to his university, Cornell, in upstate New York, which was the recipient of his first donation in 1982.

Sourced through Scoop.it from: www.irishtimes.com

This entry was posted in Scoop.it and tagged Business, ireland. Bookmark the permalink.