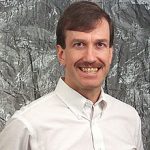 Ping is a little thousand-line hack that I wrote which practically everyone seems to know about. *grin* It’s included in every copy of UNIX® and Microsoft Windows95® and WindowsNT®, putting it into nearly every computer on the planet.

From my point of view PING is not an acronym standing for Packet InterNet Grouper, it’s a sonar analogy. However, I’ve heard second-hand that Dave Mills offered this expansion of the name, so perhaps we’re both right. Sheesh, and I thought the government was bad about expanding acronyms! 🙂

Phil Dykstra added ICMP Record Route support to PING, but in those early days few routers processed them, making this feature almost useless. The limitation on the number of hops that could be recorded in the IP header precluded this from measuring very long paths.

Mike’s URL and presentation are in the style/theme “Internet Pioneer” back when it was a community of non-monetizing, non-marketing techno-kibbutzniks.

Later, the younger IRC crowd (mis)attributed the word “pong” to the response to the verb “ping” – certainly meaning no disrespect. There is no credence this is equivalent to the first time this had been done to the word “ying”.

This entry was posted in History, QA. Bookmark the permalink.