Months later Samsung opens its books on this QA debacle – excerpt below from Steve Kivach of Business Insider – see videos of the “post mortem” linked below.

Samsung says bad battery design and a rush to release an updated version of the Galaxy Note 7 caused some of the devices to overheat and explode.

The company released a report Sunday night in which it said that two separate battery malfunctions caused some Note 7 phones to overheat and even catch fire.

The first problem affected the first batch of Note 7 phones that launched last fall. In those phones, the battery was too large for its casing, causing some devices to overheat, according to Samsung’s report.

Recalling the initial batch of Note 7 phones, Samsung manufactured the phone with a battery from a different supplier. But Samsung was in a rush to get the new phones out, and the new battery produced by the supplier had a defect that also caused it to overheat, the report said. 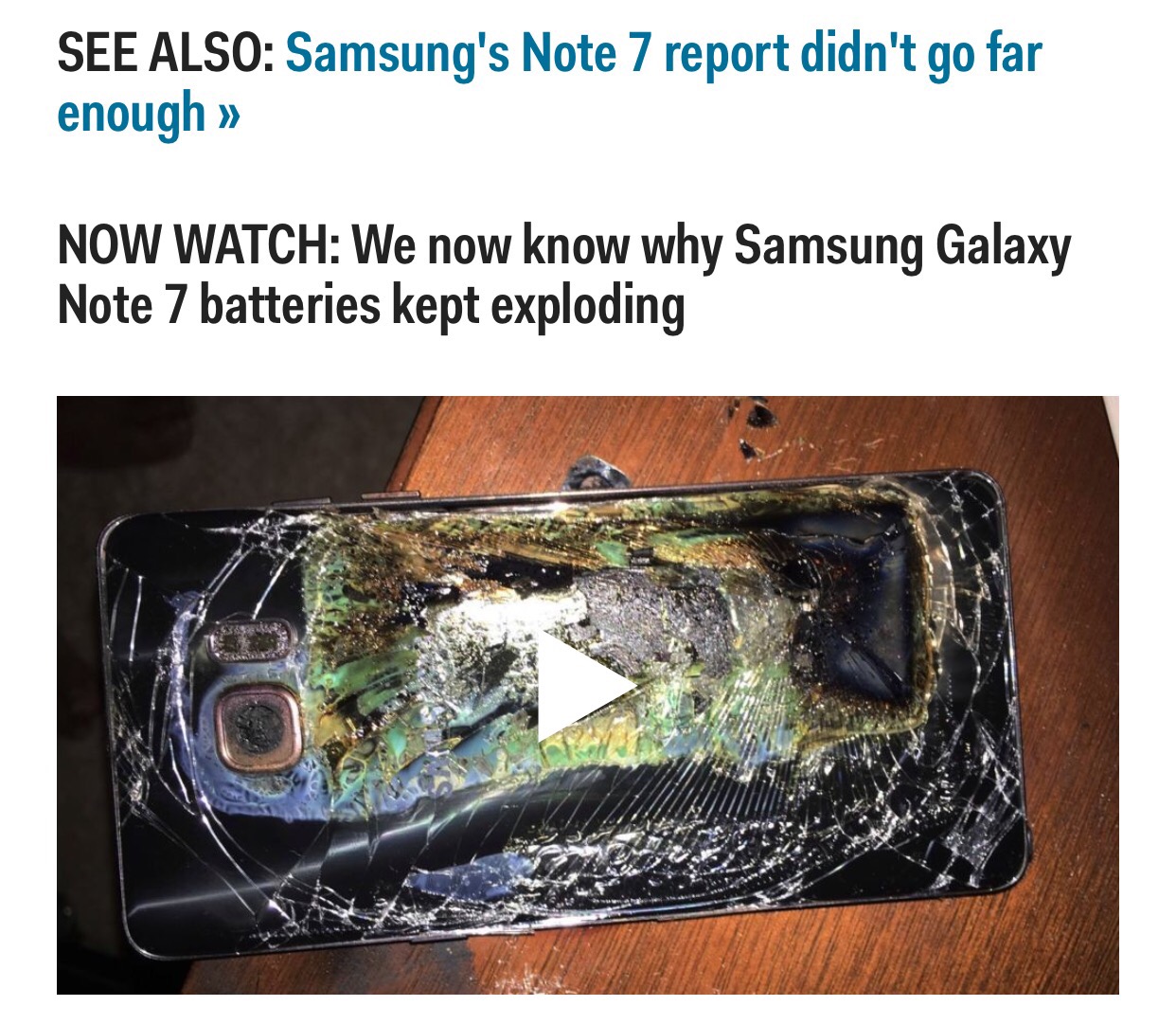 see below for more fuel for the popular maxim “never buy the first version any car, phone, or operating system…”