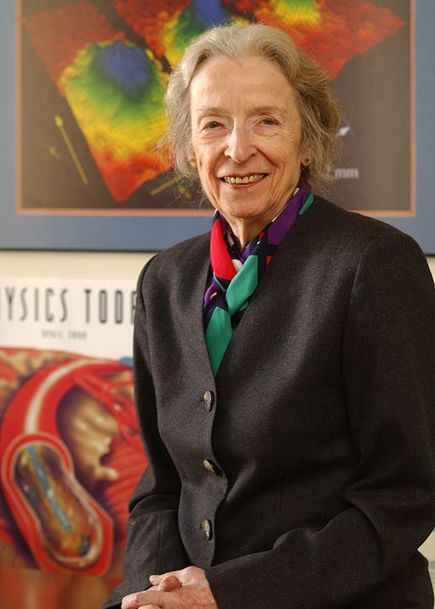 Named after a famous trailblazing aunt—physicist Katharine Burr Blodgett—Katharine Blodgett Gebbie was a leading physicist in her own right, with a career that began in astrophysics and culminated with principal roles at the National Bureau of Standards (NBS) and the National Institute of Standards and Technology (NIST). An expert in stellar spectroscopy and helioseismology, Gebbie started her career as a researcher at the Joint Institute for Laboratory Astrophysics, now known simply as JILA, in Boulder, Colorado… In 2010, Gebbie was named the director of the Physical Measurement Laboratory (PML), and from 2013 until her death, she served as senior advisor to the NIST and PML directors. Honored with numerous awards and fellowships for her leadership in physics, Gebbie died on August 17 at age 84.

Ann Caracristi, a leading American cryptanalyst—or
code-breaker—who served as deputy director of the U.S. National Security Agency, died in January at the age of 94. Caracristi became a cryptanalyst in 1942, during the heart of World War II, and quickly developed a skill for pattern recognition and reconstructing enemy codes. … she received the U.S.
Department of Defense’s highest civilian honor, the Distinguished Civilian
Service Award. She retired from the NSA in 1982.

A pioneer in the field of cognitive neuroscience who was best known for her
investigation of the famous amnesic patient H.M. (Henry Molaison), Suzanne
Corkin died of cancer on May 24 at age 79. … A longtime professor of brain and
cognitive sciences at MIT, Corkin was the director of the Behavioral
Neuroscience Laboratory, where she also investigated long-term consequences of
head injury in war veterans and the biology behind neurodegenerative diseases
such as Alzheimer’s and Parkinson’s.

r her groundbreaking work on sickle-cell anemia, Dr.
Yvette Fay Francis-McBarnette passed away on March 28 at age 89. Born in
Jamaica and raised in New York City, Francis was the second black woman to
attend Yale School of Medicine when she enrolled in 1946. …By the time a
1993 New England Journal of Medicine article confirmed the
efficacy of the antibiotics she’d been using for a decade and a half, Francis
had already treated many thousands of individuals through her organization, the
Foundation for Research and Education in Sickle Cell Disease…. 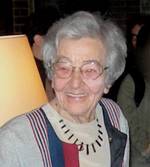 One of Canada’s brightest lights, Ursula Franklin—a physicist, pacifist, feminist,
and expert in the social impact of technology—died on July 22 at age 94. Born
in Germany in 1921, Franklin survived the Holocaust and earned a PhD in
experimental physics before immigrating to Canada to pursue materials science
and engineering, with a specialty in metallurgy….. “Peace is not the absence
of war but the absence of fear,” she quipped. … 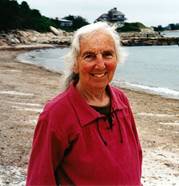 A longtime biologist at Harvard University and a renowned feminist critic of
science, Ruth Hubbard passed away on September 1 at the age of 92. As a
scientist, Hubbard was best known for her work on the biochemistry of vision:
With her PhD advisor—and future husband—George Wald, she helped to elucidate
how eyes turn light into information. In particular, Hubbard played a key role
in identifying how the eye pigment rhodopsin assists in absorbing light. (Wald
would later go on to earn a Nobel Prize for his work on the mechanisms of
vision.) …. In 1973, under pressure from women’s groups at Harvard, Hubbard was
finally promoted: She became the first woman to receive tenure in the field of
biology. Thereafter, Hubbard established herself as a prominent voice for women
and people of color in the STEM fields. She noted in the early 1980s that these
arenas were largely comprised of “a self-perpetuating, self-reflexive group: by
the chosen for the chosen.” In her later years, Hubbard published several books
on the role of women in science, and she remained an activist in support of
women until her final days. 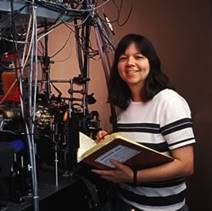 physicist Deborah Jin, an innovator who broke boundaries within the coldest realms of matter, died of cancer on September 15 at the age of 47. Jin, a
longtime researcher at JILA and NIST and an adjunct professor at the University
of Colorado, participated in some of the earliest studies of Bose-Einstein
condensates …….  For her achievements, Jin received many prizes, including the
Benjamin Franklin Medal in Physics, the Comstock Prize, and the Institute of
Physics Isaac Newton Medal.

A giant in th 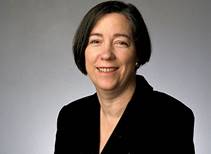 e field of genetics and one of the world’s leading experts in
protein folding, Susan Lindquist passed away on October 27 at age 67. Lindquist
specialized in the inheritance of proteins: “It has been said that you
can’t understand biology until you understand evolution. I would argue that you
can’t understand evolution or biology until you understand protein,”… she
once stated in an interview. Lindquist was known for her founding work on
prions, misfolded proteins that can lead to disease—such as mad cow and
Creutzfeldt-Jakob disease—in mammals.

…Most recently, she had returned to the lab, and to her
students, who often cited her as a valued mentor. A highly decorated
researcher, Lindquist was awarded the National Medal of Science by President
Obama in 2010. 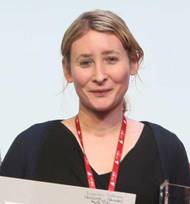 At the time of her passing on August 16, 38-year-old Irish biotechnologist Jemma Redmond had made significant strides in the field of 3-D bioprinting—a seemingly futuristic realm in which functioning tissue-like groupings of cells can be created with a specialized 3-D printer. … In January, Redmond co-founded a company, Ourobotics, to commercialize her work. She had been active in the Irish tech startup scene and had recently won the prestigious Silicon Valley Open Doors Europe competition. 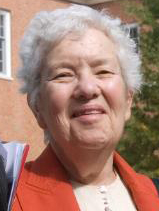 Vera Rubin was an icon of astronomy whose insights forced
us to rethink our place in the cosmos.  …. On December 25, astronomer and
cosmologist Vera Rubin died at the age of 88—but not before she would make
revolutionary marks on our understanding of the universe.

A protégé of noted physicists Hans Bethe, Richard Feynman, and
George Gamow, Rubin’s early observations of galaxies suggested they might be
rotating around unseen centers—an unpopular view at the time….Rubin remains one
of the clearest examples of a woman in science who accomplished Nobel-worthy
work but who never received a call from Stockholm. With her death, Rubin’s name
is officially removed from contention, but history will recall her anyway as
the discoverer of dark matter.

Maia Weinstock Maia Weinstock is a science editor, writer, and media producer based in Cambridge, MA. She serves as the deputy editor at MIT News, and has worked previously at BrainPOP, Discover, and SPACE.com, among other outlets.

This entry was posted in Community, Scoop.it and tagged technology. Bookmark the permalink.